TFTNY: Protocols in the Making

Trained by Beatrice Catanzaro, co-facilitated with Kolar Aparna, and in collaboration with Mehbratu Efrem Gebreab
“You know, you really wake up to yourself through the other.” These words from a coloquial conversation—a reminder that “waking up” to oneself means, simultaneously, waking up to forms of coming together—inspired this training exploring relatedness; relatedness with...

Training for the Underwater(ed) Land

Trained by Urban Front
This training calls for the urgent formation of what Urban Front calls “parallel urban practices,” while taking aim at the structural and conceptual problem of contemporary urbanism: the increasing fragmentation, separation, and disintegration of an understanding of the city...

Trained by To Be Determined (Clara Balaguer, Sarafina van Ast and Gabriel Fontana)
Employing a temporal framework—exploring the past, inhabiting the present, imagining a future, and speculating about a dimension where time itself collapses—this training explores how minds, bodies, and voices can be used as tools for critical and physical self-defense...

(New) Formats of Care in Times of Violence

Trained by Patricia Kaersenhout
How does one care in times of violence? The practice of artist, activist, and womanist Patricia Kaersenhout can be seen as an ongoing search to respond to this conundrum, oscillating tirelessly between the space of art and that of everyday life. In this context, the starting point...

Trained by New Women Connectors
This symposium is for and by refugee and migrant women from all cultural backgrounds, to not only learn, connect and share, but also to build more inclusive policies; celebrating women’s resilience and ideas & strategies worth spreading. The symposium, which is part of the...

A Week By & For: Designing Inclusive Spaces

Trained by De Voorkamer
Which experiences can be created that spark cross-cultural interactions and openness to the other? What happens when designing spaces to be inclusive, working to make them personal, approachable, and culturally sensitive? These are the questions that Pim van der Mijl and...

Trained by Carmen Papalia
Open Access is a conceptual framework for accessibility developed by Carmen Papalia in response to institutional failures that he experienced as a recipient of disability support services. Rather than providing a “policy,” Open Access offers guidelines for person-to-person agreements for mutual care.

Decommodifying Housing How to Get There?

Trained by Homebaked Community Land Trust (CLT) (Britt Jürgensen and Marianne Heaslip), De Nieuwe Meent (Selçuk Balamir), de Kasko (Joska Ottjes), Refugee Collective We Are Here, Elke Uitentuis, Ethel Baraona Pohl, Cristina Gamboa, and Irene Calabuch Mirón
How to undo—and then get rid of—a model in which housing has become a commodity? Decommodifying Housing: How to Get There? is a training in which different collectives that work toward radical alternatives of making housing livable, affordable, and egalitarian share...

Trained by Fran Ilich
This training engages the learnings from the art-, coffee-, and media cooperative Diego de la Vega Coffee Co-op. As a pragmatical, representational, performative, aesthetic, plausible, communitarian, and utopian body, the Co-op started as a cooperative web-server and a...

Trained by Whitney Stark
This training considers the materiality of social structures and the idea of the extended body, a body with physical presence that constantly brings into being further collective social bodies, experiences, ways of being, and ways of thinking. Extended bodies are present in a room...

Trained by Laced-Up Project
The topic of consent has emerged strongly into public awareness thanks to the #metoo and other feminist movements. As consent has gained fresh prominence, it has perhaps moved away from a “no means no” to a “yes means yes” model. However, it is still unclear for many...

Trained by Chloë Bass
Each Step Yields Depth is a language-, translation-, and memory training based in the kitchen. The training invites participants to share words about food, recipes, cooking techniques, and kitchen stories from their culture, either as they live it in the present day, or as they remember...

Trained by Staci Bu Shea
More than Friends opens to modes of affinity and coalition from the standpoint that, according to Bu Shea, every “revolution starts at home.” The training sets out from three premises: first, the nuclear household is the site of the majority of abuse and sexual violence in the world...

Trained by Joy Mariama Smith
What does it really mean to be “mad” about study, and, moreover, about studying collectively, specifically in relation to community, art making, and social practice? What would studying be if it were a joyful public expression of collaborative learning? Joy Mariama Smith sets up...

Trained by Nancy Jouwe and Denise Valentine
Unforgetting & Reconnecting is a process of deep reflection, inquiry, and investigation, done to build—or peel back—layers of context in the explication of history and the (re)construction of personal and social identities. Encounters with painful aspects of history concerning race...

Trained by Adelita Husni-Bey
This training was in thinking with our bodies, using the body to research the norm, and produce the derailing of the norm. It was training to go off the script imposed by institutions—including museums, prisons, and heterosexual relations—as proxies for centers of power. Husni-Bey...

Trained by Gabriel Erlach, Utrecht in Dialoog, Jeanne van Heeswijk, BAK, basis voor actuele kunst
The City Staircase is a collective endurance performance that takes place over the opening weekend of the project Trainings for the Not-Yet. It unfolds in two parts, each a six-hour relay of conversations with and between Utrechters about the future of their city.

Trained by Stranded FM
Stranded FM is an “Unconventional Online Radio Station", founded in 2015. Stranded FM strives to provide a stage for the (as of yet) unknown Utrecht music scene, and connect its broader cultural landscape. At Trainings for the Not-Yet they hosted Listen/Re:listen (2019), a radio installation which and complements both the exhibition and (their) trainings.

Trained by Jeanne van Heeswijk
Public Faculty uses strategies to rethink, redefine and re-enter public space through collective cultural action. The impetus behind Public Faculty is to learn from a place through a process of exchanging knowledge and cohabitation, and by listening to people describing their daily conditions in which they often feel trapped.

This training –takes– was in thinking with our bodies, using the body to research the norm, and produce the derailing of the norm. It was training to go off the script imposed by institutions—including museums, prisons, and heterosexual relations—as proxies for centers of power. Husni-Bey stresses the importance of performativity within the institution, as a way of streamlining its day-to-day operations and of maintaining control. Borrowing from theater terminology, she uses the term proscenium: the arch/framework between what is inside and what is outside the performance (and performative) space. In this training, participants choose concrete institutions as case studies. They both examine the workings of the institution from the outside, looking through the proscenium, as well as performing the institution themselves from the inside. “Embodying” the chosen institution, — drawing on Augusto Boal’s theatre of the oppressed — participants perform the three crucial stages that comprise the arc of the institutional life cycle: the birth and “naming” of the institution, and the analysis of its functions and services using CA Conrad’s somatic rituals; followed by “peak institution time,” when its operations are harmonized; and, lastly, the final phase of decline or death of the institution, including explorations of what has led the institution to wither or to develop into another form by applying Adelita’s notion of the “solvent” as a process that dissolves assets that have become excess liabilities. Through what Husni-Bey sees as an intersectional analysis of power, the following questions are addressed: How does performativity give institutions their form? What is the role of performativity in operations that claim “justice?” How is naming an operating principle in both performance and law (nomos)? What is implied by the scenographic/theatrical elements of institutions? How do theories of complicity, accompaniment, and mis-recital offer ways to go off script? The trainings also include references to theoretical work by Achille Mbembe, Denise Ferreira da Silva, <3 <3 <3 Michelle Castaneda
Michelle's text inspired us a lot.
Nadine Botha
Ɛ> Ɛ> Ɛ>, Michel Foucault, Jackie Wang, Fred Moten, and others.
But really, the training wasn’t so heady and theory as all these intimidating names at the bottom make it sound. It was far more pragmatic. The performative strategies gave us a feeling of empowerment, as if small gestures of going off the script can give agency.
Nadine Botha
Poem written by Nadine Botha
Adelita Husni-Bey
The institution will become a place for healing through technology

The institution will become a secret project to benefit the rich
2018, THE COUNCIL SERIES, DIGITAL PRINT MOUNTED ON DIBOND, EACH 142 X 177 CM

The photographs from Adelita Husni-Bey’s series The Council originate from a workshop with alumni of the teen program at New York’s Museum of Modern Art. Held in 2017, the workshop was to redefine the role of the institution in the aftermath of an unspecified future event. The participating
teenagers engaged in negotiating whether, and if so, how, the museum could transform into a post-apocalyptic refuge for communities, youth—who found themselves disenfranchised by its current form—included. In this work, Husni-Bey engages anarcho-collective, experimental pedagogy to build alternative imaginings of institutions, which the participants pre-enacted through a variety of interactions with the museum, as well as by developing backdrops, clothing, and poses seen in the photographs. Produced with great pictorial sensitivity, the photographs offer but a glimpse into the complex processes of which they are a part, which include collaborative learning and social simulations of radically different relationalities with the institution. 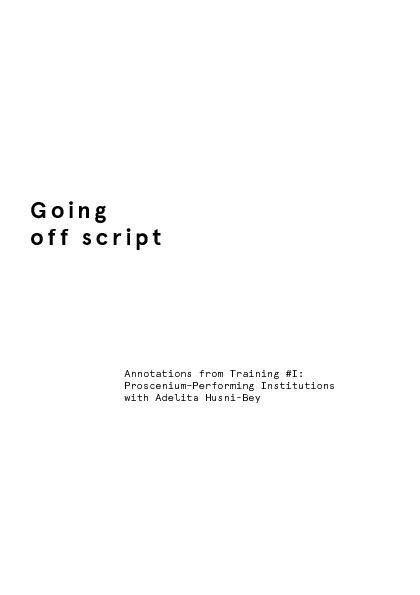 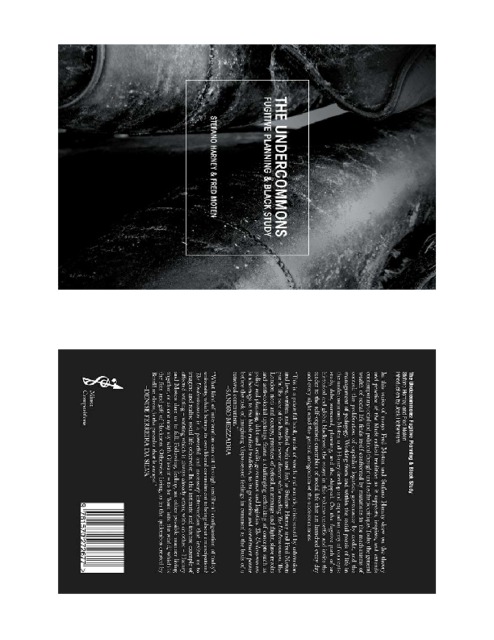 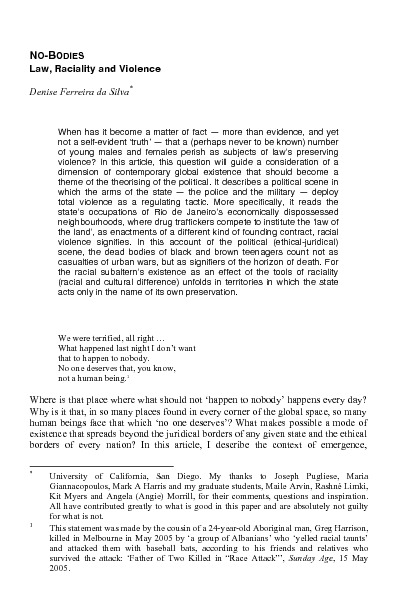 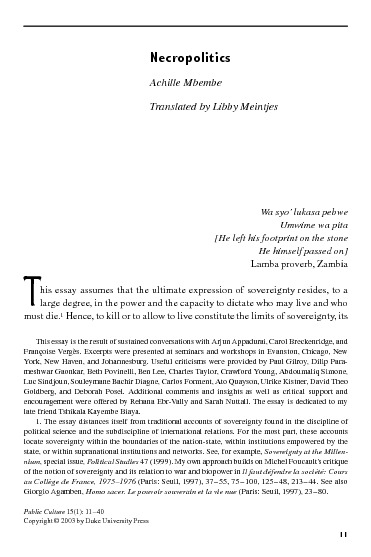